Ready for a new era

Ready for a new era

Innovative, digital, forward-looking – that’s the public face of the new Multivan. But it’s also safe, comfortable and functional. It is ready for a new era, but still maintains the strengths of its predecessors.

Let’s look back to the year 1985: Frankfurt am Main, September. Visitors to the International Motor Show that year who were lucky enough to stop at the Volkswagen stand at the right moment experienced the unveiling of a new mobility concept – the world première of the first Volkswagen Multivan. After the production of more than 4 million Transporters, the product range now boasted a new addition: the Multivan. The development contract in Stöcken, Hanover, was to create an all-rounder in the Multivan, alongside the Caravelle and the Kombi. At that time, the demands made of the vehicle were formulated as follows: “Accommodation option, generous cargo room and space for a family with luggage and leisure equipment” – demands that had never been put into practice in this way before. This was the birth of an idea that was to become an icon.

The Multivan idea: innovation from tradition

This idea still characterises the Multivan today. Because its owners are so diverse – globetrotters, families, Bulli fans – the Multivan concept serves a wide variety of needs and meets the expectations of different generations. And when the new Multivan celebrates its world première this year, the idea created all those years ago will find a new level of comfortable mobility. The demands are unchanged, but have been reinterpreted and redesigned. That’s because a Multivan must always be a genuine multi-van: functional and flexible, comfortable and spacious, modern and innovative.

The Multivan has always provided answers to current questions. Digitalisation, sustainability and new mobility are the hot topics of our time – we live differently, we work differently, and we are mobile in different ways. The new Multivan addresses these topics and reinvents itself, but without losing its Multivan DNA.

Whether it’s the innovative light design on the exterior or the newly developed interior space concept, the digital infotainment system or the modern connectivity, the new Multivan is ready for a new era, while still meeting the demands of its predecessors.

The motto when developing the new seat system was: maximum functionality – without eliminating the old strengths. The solution: instead of a continuous bench seat, each passenger now has an individual seat. This provides more freedom – and freedom, after all, is what every Multivan stands for.

However, the seats are now not just independent, but approx. 90 kilogrammes lighter due to the removal of the bench seat, and much more variable because of the new rail system. This makes it possible to implement different seating arrangements in an instant. Whether you want three rows of seats in the direction of travel, a face-to-face arrangement1 in the passenger compartment or a continuous load bed, the Multivan offers exactly the right solution for the vehicle interior that is needed at the time, and without much effort.

360° Area View – for the perfect manoeuvre

Every Multivan aims to be an all-rounder. The new incarnation remains loyal to this Multivan DNA, but reinterprets it in a state of the art way. With the new 360° Area View, it has reached the next evolutionary stage – because there has never yet been such a panoramic view from the Multivan driver’s seat. The measurements in general have been optimised, enabling the Multivan to find its way through urban chaos, even in narrow lanes. Whether manoeuvring in parking spaces, reversing in cul de sacs or turning in a driveway, the new Multivan not only drives like a passenger car, but is also just as suitable for everyday use. In combination with 360° Area View, every manoeuvre becomes a pleasure.

The new Multivan – where the past meets the future

The new Multivan shows how a basic idea can be reinterpreted: it remains loyal to its traditional concept and refines it with numerous innovations. Even back then, at its world première at the IAA in Frankfurt, the first Multivan was celebrated as a vehicle which offered the driving characteristics of a passenger car, the space of a van and the versatility of the all-rounder like no other. When this Multivan tradition is implemented in a modern way and combined with innovative technologies, multitraction and digital features, a new, genuine Multivan emerges – and it is ready for a new era.

Curious? Stay up to date

Register now for the Volkswagen Commercial Vehicles newsletter and stay up to date: Click on the link, define the Multivan as your special interest, send it off – done!

This may also be of interest: 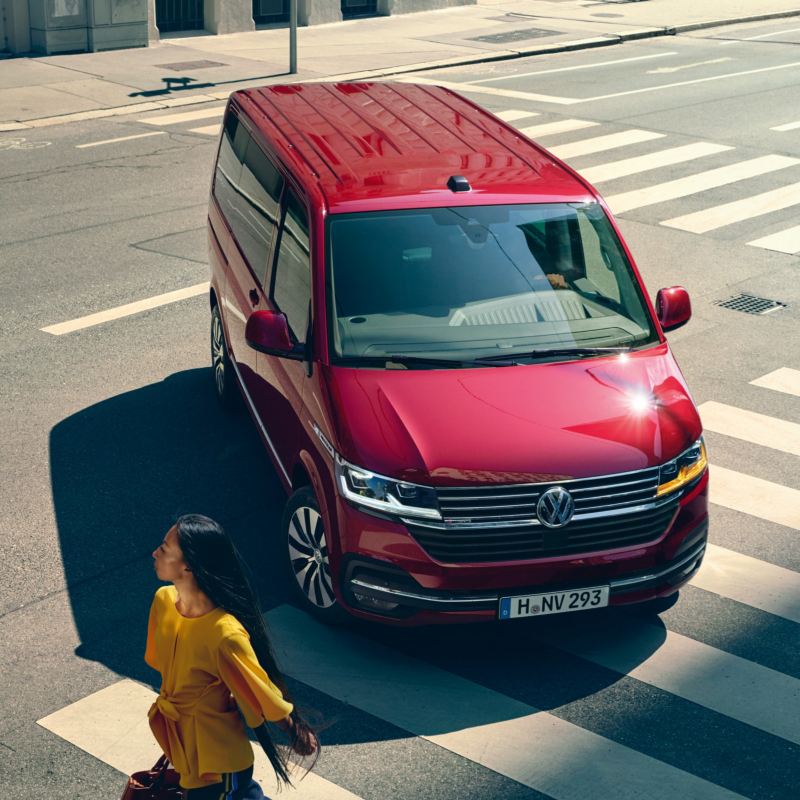 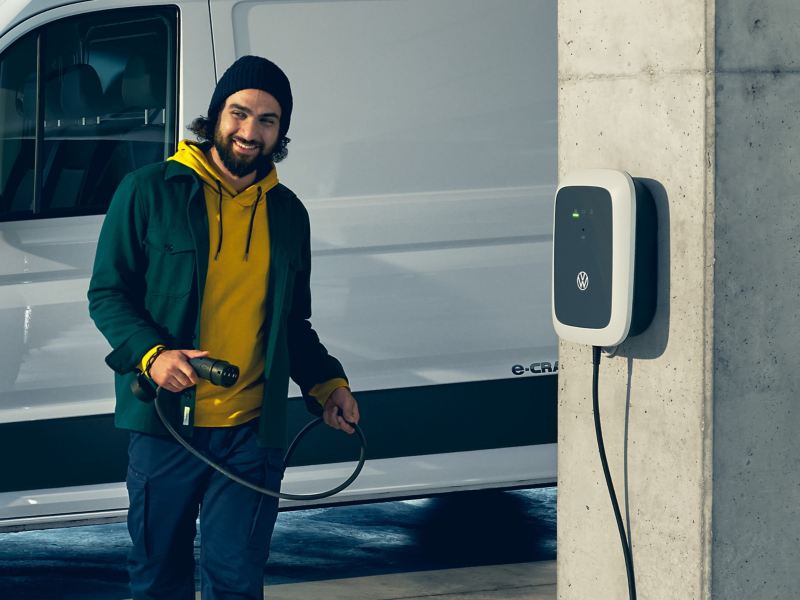 Your own charging station 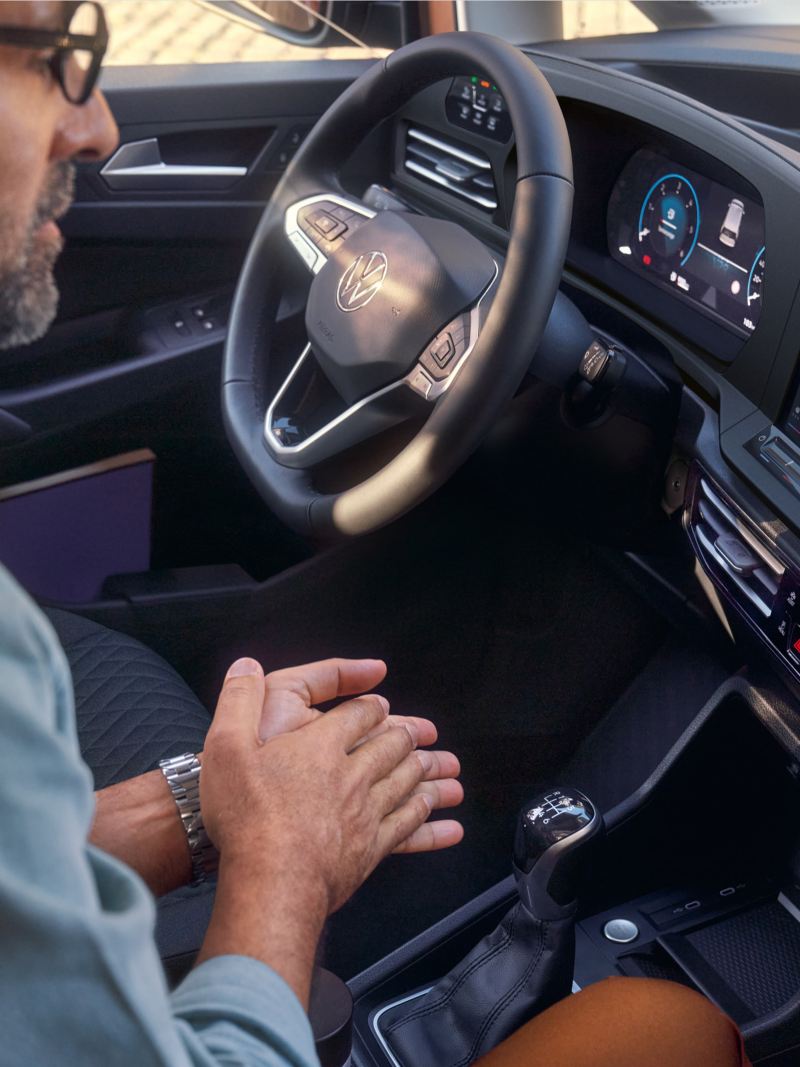 More convenient than ever: the new digital mobility

This may also be of interest:

Teaser for this page